is part of the Informa Markets Division of Informa PLC

This site is operated by a business or businesses owned by Informa PLC and all copyright resides with them. Informa PLC's registered office is 5 Howick Place, London SW1P 1WG. Registered in England and Wales. Number 8860726.

Sponsors and Partners of the Food Recovery Forum

Food Rescue US Food Rescue US, a national nonprofit organization, is a leader in reducing both hunger and food waste in America by connecting the vast amount of healthy, fresh surplus food with the critical hunger demand. Through the use of its proprietary app, Food Rescue US provides the platform for volunteer food rescuers to directly transfer excess food from businesses to local social service agencies that feed the food insecure. By providing food that would otherwise be wasted and delivering it to the food insecure, Food Rescue US is keeping this wasted food from ending up in landfill where it decomposes, creating methane gas that warms the planet. Since 2011, Food Rescue US has helped launch food recovery communities in 25 locations across the country, delivering 36 million meals and saving 51 million pounds of food from landfills. For more information or to download the app, visit foodrescue.us, find us on Facebook (facebook.com/FoodRescueUS/), or follow us on Twitter (@foodrescueUS)..

About Food Rescue Hero and 412 Food Rescue: In the United States, 40 percent of food produced is wasted while one in seven people goes hungry. Driven by the belief that good food belongs to people, not landfills, 412 Food Rescue launched in March 2015 to redirect healthy food from the waste stream to nonprofits that serve food insecure populations. In 2016, the organization launched the Food Rescue Hero technology platform, enabling the creation of the largest volunteer food transport network. Now operating in five cities, Food Rescue Hero helps food recovery and hunger organizations launch and scale food recovery. The platform addresses the logistical challenges of retail food recovery and has redirected more than seven million pounds of perfectly good food from landfills to the people who need it. Launched in Pittsburgh, Food Rescue Hero now measurably reduces food insecurity in Cleveland, Philadelphia, San Francisco, Northern Virginia, and soon, Los Angeles. In support of the UN’s Sustainable Development Goals 2, 12 and 13, its goal is to scale food recovery in 100 cities by 2030.

Food Recovery Network (FRN) unites college and university students across the country to fight food waste and hunger by recovering perishable food that would otherwise go to waste from their campuses and communities and donating it to people in need. At its core, FRN empowers student leaders to break down barriers and create stronger communities. In seven years, FRN has grown to be the largest student movement against hunger in the country, with 230 chapters in 44 states and the District of Columbia that have donated more than 3.4 million pounds of food. Founded in 2011, FRN is a 501(c)3-certified national nonprofit headquartered in College Park, Maryland. For more information, please visit www.foodrecoverynetwork.org

Nation’s Restaurant News is the leading resource for business intelligence in the foodservice industry. Over the years NRN has always been ahead of the curve, adapting to the latest technology platforms and devices its audience engages with. NRN boasts the largest editorial team in the industry, feeding the content engine that in turn drives the largest overall audience in foodservice. Industry leading reports have become benchmark studies for foodservice professionals. Whether it is the yearly Top 200 chain report, the daily Social 200 ranking, or the quarterly Trending Tables feature, NRN creates exclusive content that sets it apart from any other brand in foodservice. For more information, visit NRN.com.

Second Harvest Food Bank is leading the fight against hunger in South Louisiana by providing food access, advocacy, education, and disaster response. Second Harvest provides food to more than 700 community partners across 23 parishes. Together, we make up the largest charitable anti-hunger network in the state. With help from our communities, we can make food security a reality for every household in South Louisiana.

Second Harvest Food Bank is an affiliated ministry of the Roman Catholic Archdiocese of New Orleans, a member of Feeding America, and a United Way partner agency. To join us in the fight to end hunger, please visit no-hunger.org or follow us on Facebook at facebook.com/2ndHarvestGNOA or on Twitter and Instagram @2ndHarvestGNOA.

Supermarket News is the brand food-retail professionals count on for competitive intelligence, news, and information to make smart business decisions. Retailers, manufacturers, brokers, analysts, association executives and others connected to the industry consider Supermarket News as their primary information source as we continue to lead the way with the most experienced team of full-time editors dedicated to maintaining the integrity and objectivity demanded by our audience. For more information, visit supermarketnews.com. 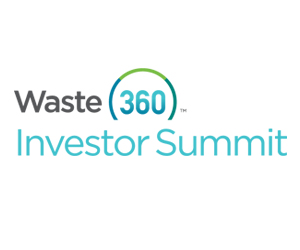 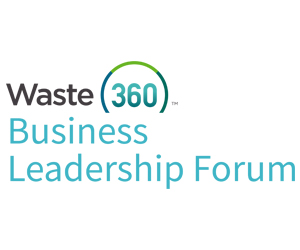 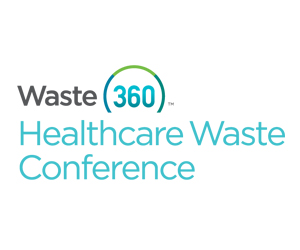